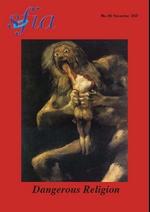 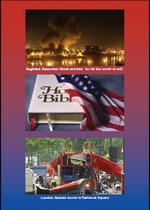 Michael Northcott argues that the dominant religion of the USA is the religion of America with its rituals of the American flag, demanding constant human sacrifice. Michael Northcott is Professor of Ethics at the University of Edinburgh and a priest in the Scottish Episcopal Church.

Dominic Kirkham looks at how Islamic and Christian Fundamentalism came to share a common hostility to the West. Dominic Kirkham is an interested follower of SoF and writes regularly for Renew (Catholics for a Changing Church).