Sofia is the magazine of the Sea of Faith Network (UK) and is published quarterly. It is free to all members of the UK network but non-members can also subscribe to the magazine. The editor, Dinah Livingstone, welcomes submissions of articles, reviews and poems. Click on thumbnail of front and back pages for larger image. 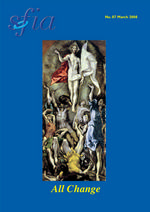 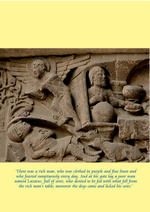